By Piero Bianchessi, Former Owner and Operator of Venui Vanilla

Goal 1 : to help the pollination manually lifting the ‘ROSTELLUM’, then lowering the stamen until the pollen adheres to the stigma

Goal 2 : to obtain straight, strong beans by pollinating only the best flowers on the healthiest vines

When : as soon as the flowers open, early in the morning, before the sexual organs dry out

(1) Vanilla planifolia flowers once a year a few weeks after a dry weather spell.

(2) The flowers will open from the base of the inflorescence upwards, with one or two flowers opening at one time.

(3) The flowers open early morning and stay receptive for a few hours, until the stigma dries up.

(4) If fertilisation has been unsuccessful, the next day the flower will wither and fall off the inflorescence.

(5) If fertilisation has been successful, the wilting flowers remain on the inflorescence. It is thus possible to judge the number of fruits set on each plant.

(6) A vanilla plant with a very strong root system is able to support a maximum of 100 beans.

(7) The number of flowers opening on a healthy vanilla plant greatly exceeds 100.

(8) Young plants with less than 10 loopings will not support 100 beans.

(9) Evaluate the strength of each plant, and pollinate accordingly.

(10) Do not over-pollinate of the vines will wilt and some of the roots will die.

(1) Only pollinate vigorous flowers opening at the side or at the bottom of each inflorescence. Over the pollinating season:

a) pollinate a maximum of 3 inflorescences per vine

b) pollinate a maximum of 10 flowers in each inflorescence

c) pollinate a maximum of 120 flowers per plant

(2) Continue to add mulch and shade to avoid stressing the plant. 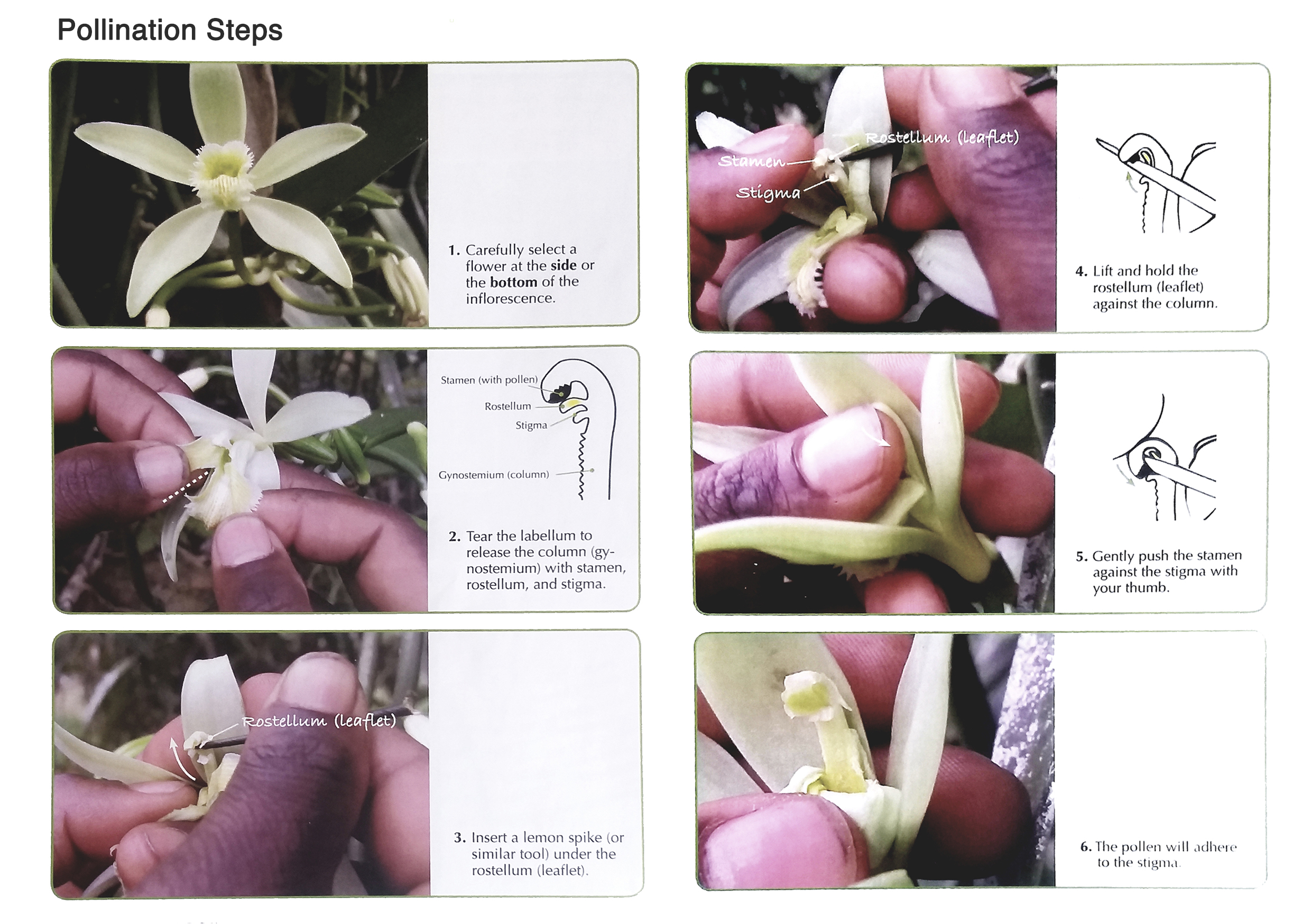